History of the APT

The history of the APT is a story of dedication and determination of remarkable individuals and organisations to find a way to prevent the atrocity of torture. 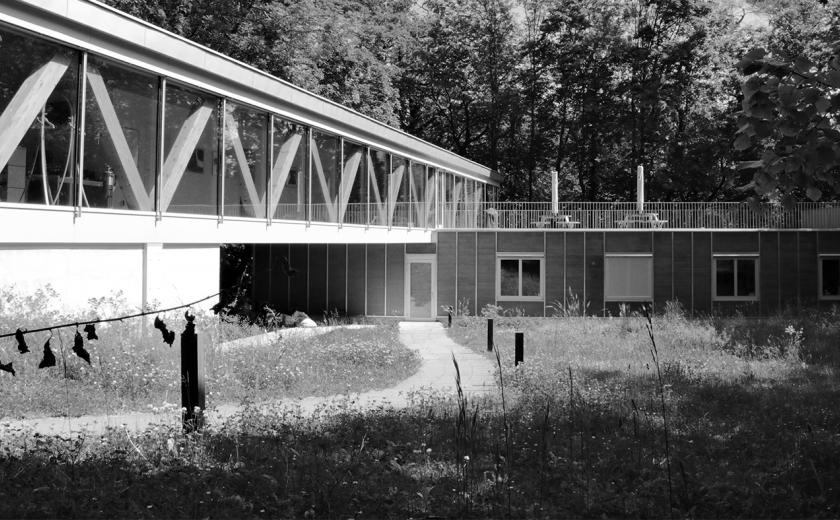 In the 1970’s, the world was waking up to the fact that the practice of torture was spreading in all corners of the globe and increasingly being used against civilian populations. There were few legal mechanisms in place to stop it.

Amongst the many individuals who rejected the use of torture was Jean-Jacques Gautier (1912-1986), founder of the APT. He believed that torture not only affected the victims themselves, but that it had a toxic effect on societies that tolerate it.

Gautier realised that torture is most likely to occur in places out of public view. He became convinced that one of the most effective ways to prevent torture therefore would be to put in place systems of regular, unannounced visits by external actors to all places of detention.

At the time, Gautier’s idea was considered with great scepticism. Few believed that governments would ever agree to let outsiders into their prisons and detention centres. But he persisted. With the help of a few committed individuals he gradually mobilised support for his initiative, both in Switzerland and internationally.

The Swiss Committee Against Torture (which later became the APT) was founded in 1977 to promote an international convention that would create a universal system of visits to places of detention.  After a first success at the regional level with the adoption of the European Convention for the Prevention of Torture in 1987, the organisation intensified its lobbying work at the international level.

In 2002 the Optional Protocol to the UN Convention against Torture (OPCAT) was finally adopted by the UN General Assembly and entered into force in 2006. Jean-Jacques Gautier’s idea had become a global reality.

Print this page
Explore our timeline 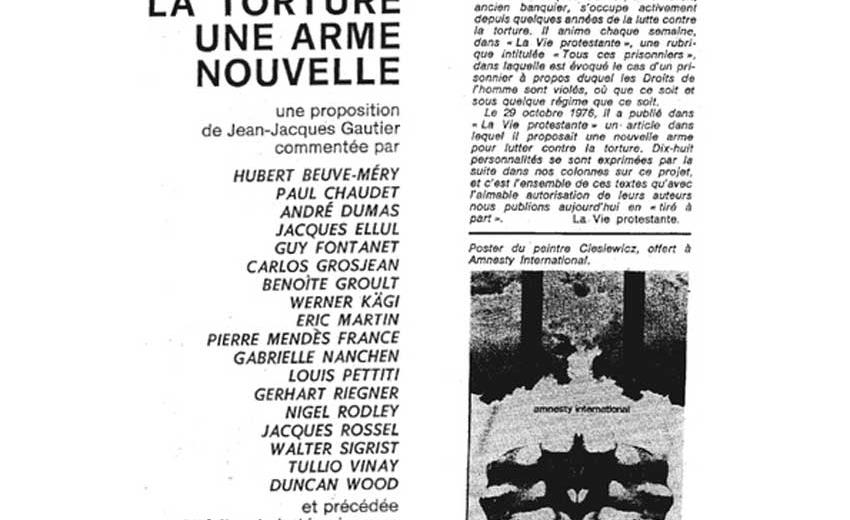 In October 1976 a journal in Geneva publishes an article by Jean-Jacques Gautier called “A new weapon against torture”.

In the article, Gautier proposes an international convention to establish a system of unannounced visits to places of detention. Gautier’s idea was to prevent, rather than react to, violations. 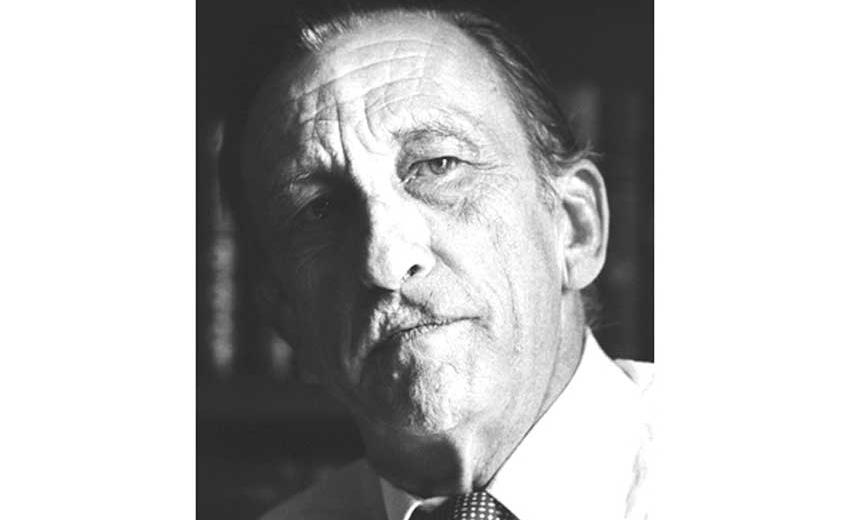 In 1977 Jean-Jacques Gautier founds the Swiss Committee Against Torture (Comité Suisse contre la torture – which later becomes the APT) as a platform to promote an international convention to create a universal system of visits to places of deprivation of liberty. Gautier is convinced that it would be possible to prevent torture by opening up the doors of all places of detention to outside monitoring.

1980
First submission of an Optional Protocol

Costa Rica deposits a first project for an Optional Protocol to the future UN Convention against Torture. 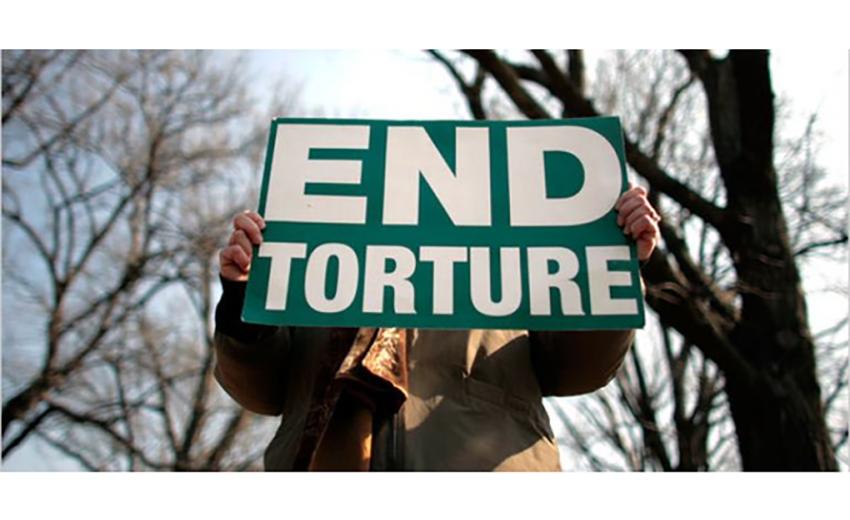 One of the key outcomes of this conference is the decision to create “SOS Torture”, a global rapid response network of NGOs. In 1986, SOS Torture becomes the World Organisation Against Torture (OMCT). 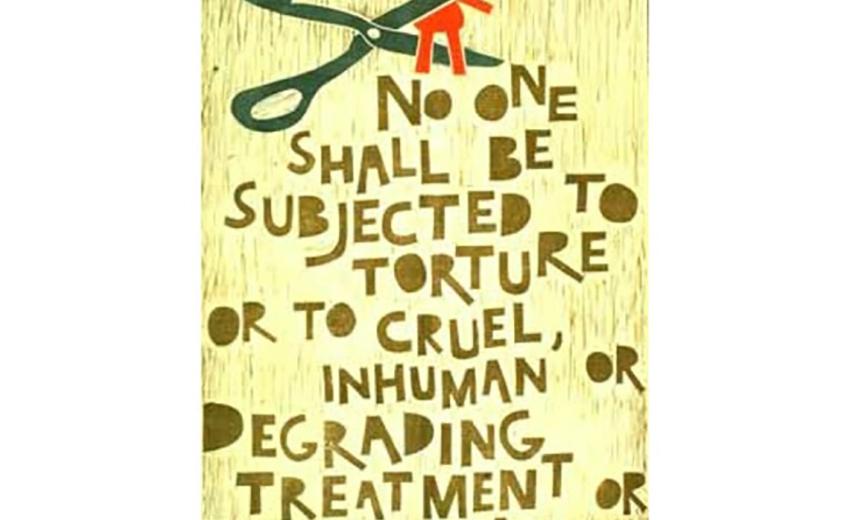 In 1984, the UN General Assembly adopts the Convention against Torture and other Cruel, Inhuman or Degrading Treatment or Punishment. 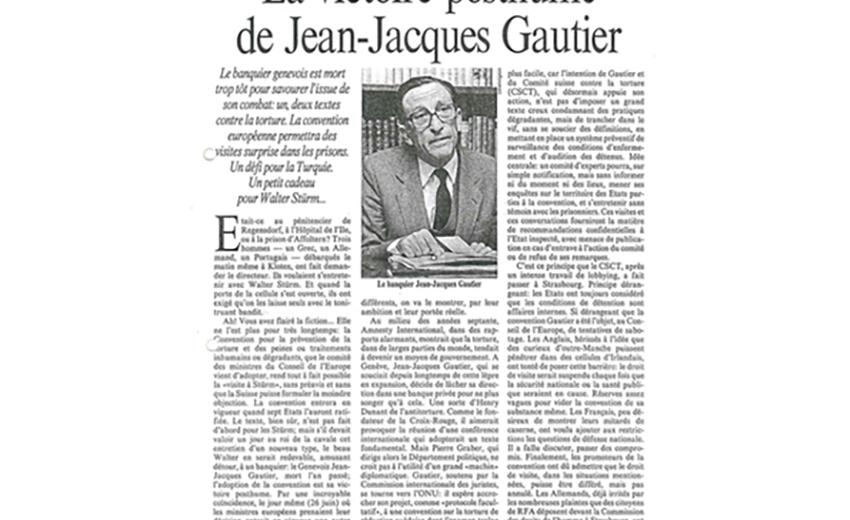 The UN Convention against Torture obtains 20 ratifications and enters into force on 26 June 1987. 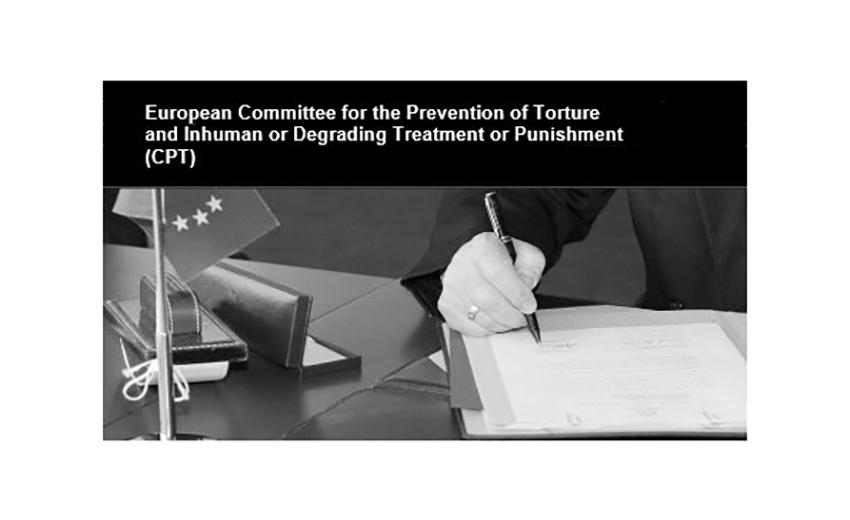 The European Committee for the Prevention of Torture (CPT) conducts its first visits to Austria, Malta, UK, Turkey and Denmark. 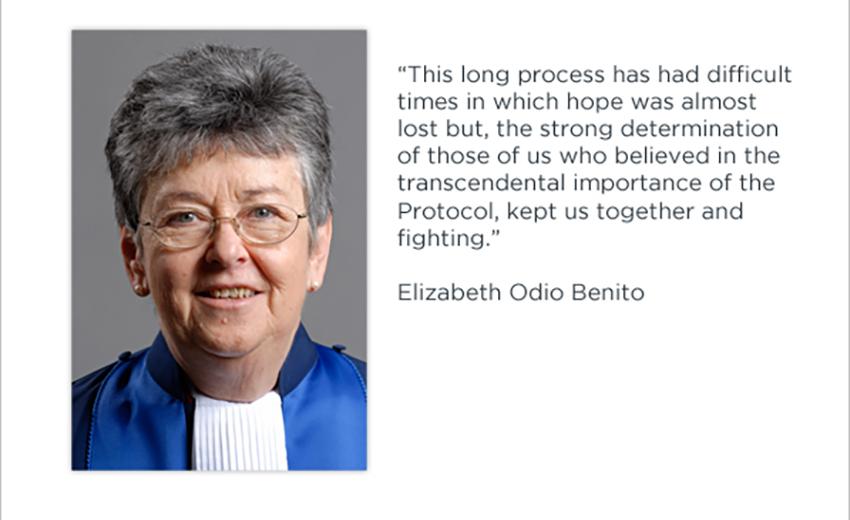 Costa Rica submits a second draft Optional Protocol to the UN Convention against Torture and later the Working Group to draft the OPCAT is established. 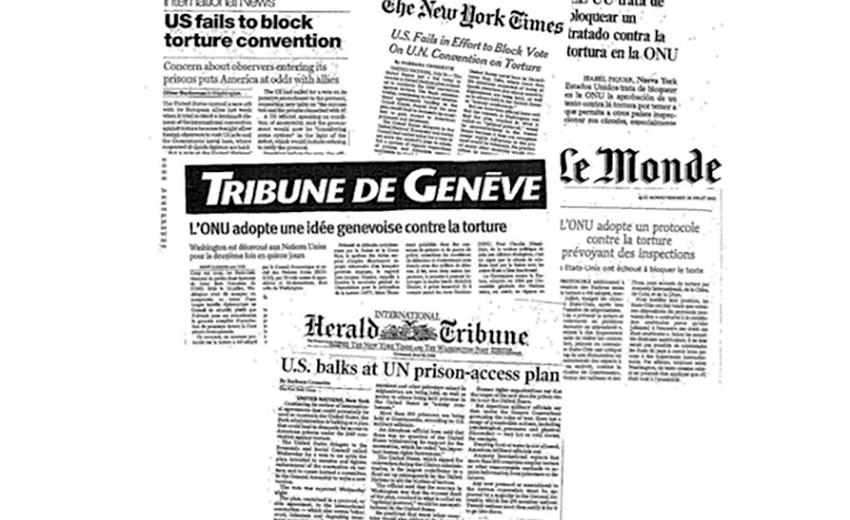 The UN General Assembly adopts the Optional Protocol to the UN Convention against Torture (OPCAT) in December. After 35 years, Jean-Jacques Gautier's vision begins to come to life at the international level.

Meanwhile, the African Commission, with the assistance of the APT, adopts the Robben Island Guidelines. It becomes the first regional instrument for the prohibition and prevention of torture inAfrica. 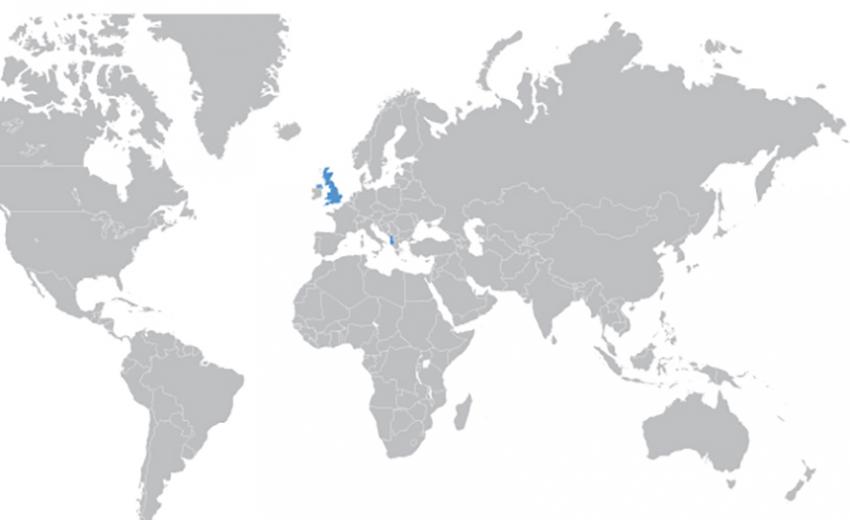 The APT focuses on advocating for states to ratify the OPCAT and begin forming their national torture prevention bodies. By December 2003, the OPCAT has three States Parties: Albania, Malta, and the United Kingdom. 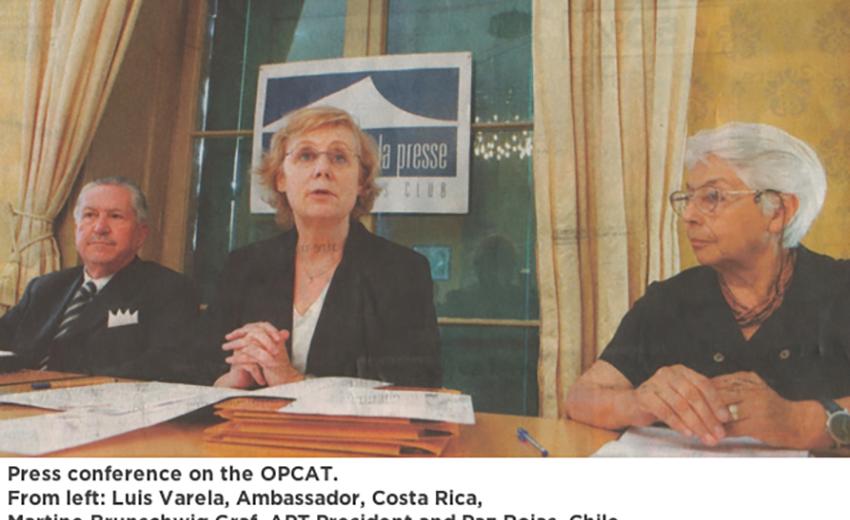 2006
The OPCAT enters into force

With the ratifications of Honduras and Bolivia in May 2006, the OPCAT obtains 20 ratifications and enters into force. The visionary idea of Jean-Jacques Gautier of an international agreement to prevent torture and ill-treatment in places of detention has become a reality. 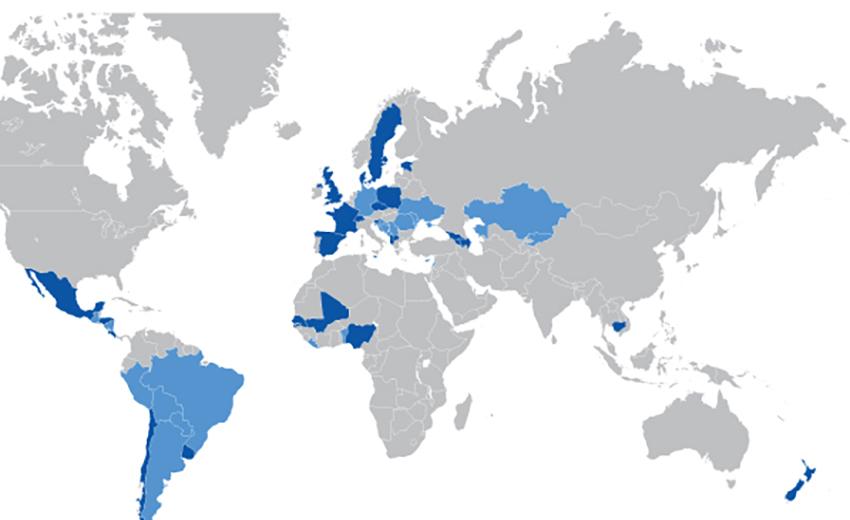 By December 2009, the Optional Protocol to the Convention against Torture has 50 State Parties. National Preventive Mechanisms have been designated in 31 countries. On the occasion of its 20th anniversary, the European Committee for the Prevention of Torture (CPT) and the APT, bring together key actors in torture prevention to discuss “New Partnerships” at a conference in Strasbourg, France. 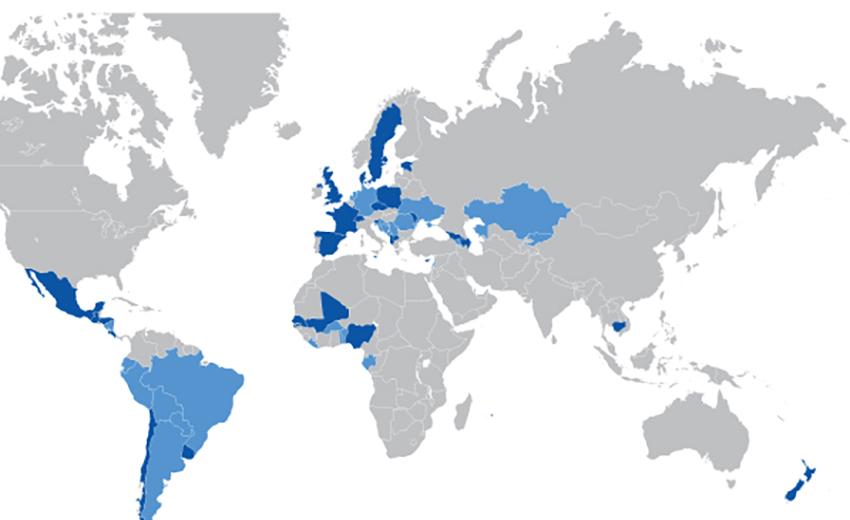 The APT opens a regional office for Latin America, based out of Panama to support countries ratify and implement the OPCAT. 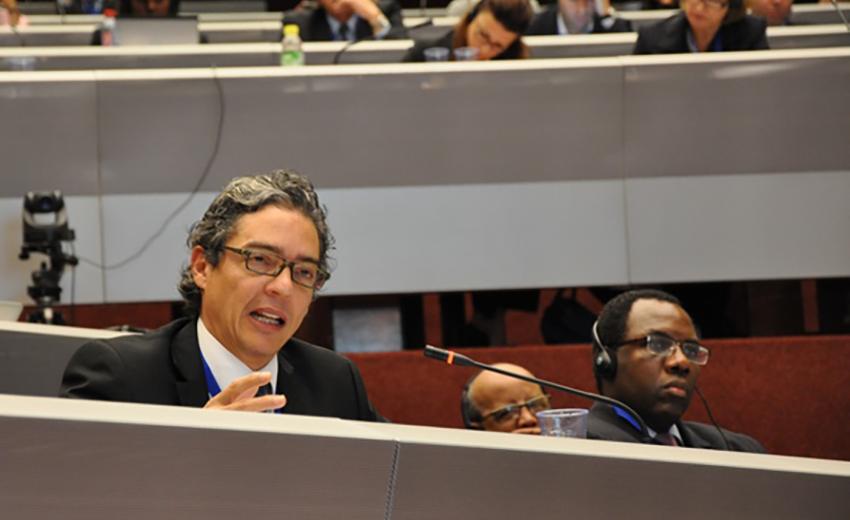 Five years after it comes into force, the APT’s Global Forum on the OPCAT gathers over 300 experts, implementers and practitioners in the field of torture prevention from around the world to take stock on achievements so far and identify challenges ahead.

Momentum continues to grow as more states ratify the treaty, bringing the total to 61 States Parties  39 countries with National Preventive Mechanisms. The APT continues its global lobbying efforts, encouraging states to sign on and set up their own independent monitoring mechanisms. 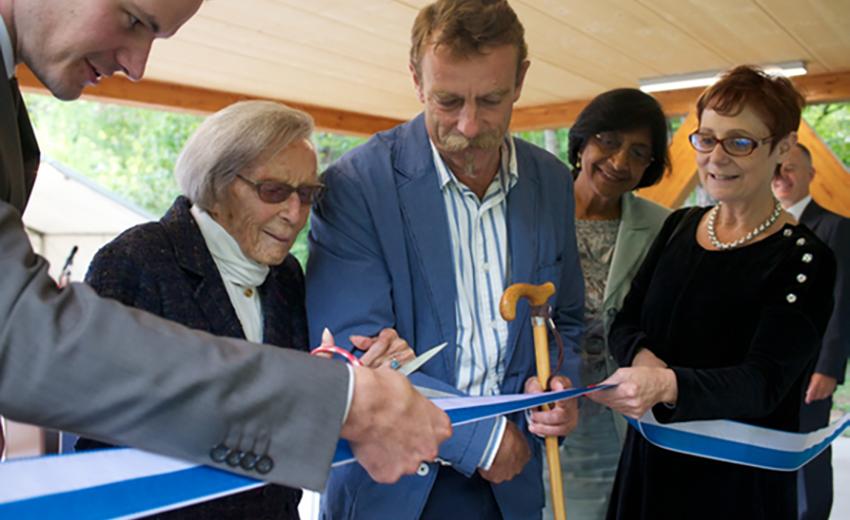 2012
Inauguration of the Centre Jean-Jacques Gautier

The APT celebrates the 100th anniversary of the birth of its founder, Jean-Jacques Gautier (1912-1986), and inaugurates its new headquarters in Geneva.

“Jean-Jacques Gautier was, and his legacy remains, a leading light in the global fight to relegate torture to history, where it belongs,” says Navi Pillay, United Nations High Commissioner for Human Rights. 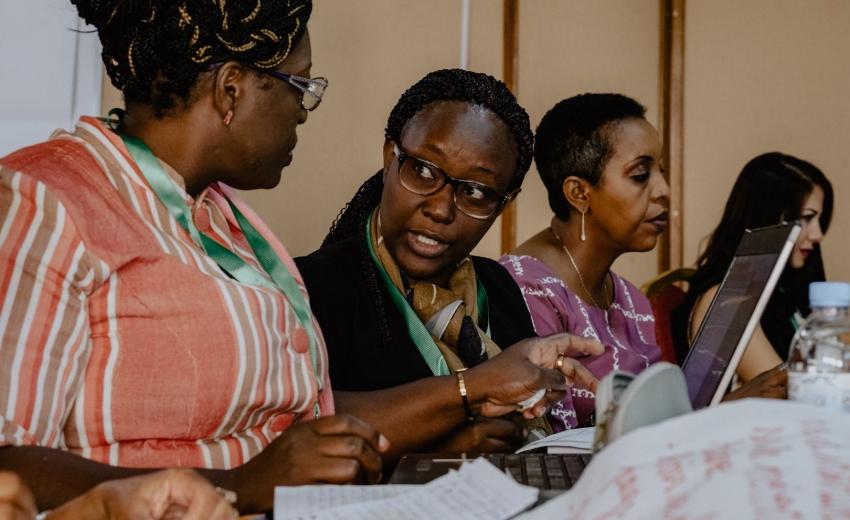 The APT’s many years of lobbying and work in Rwanda pays off after the country ratifies the OPCAT. By the end of 2015, the Optional Protocol to the Convention against Torture has 80 State Parties and National Preventive Mechanisms are designated in 62 countries. 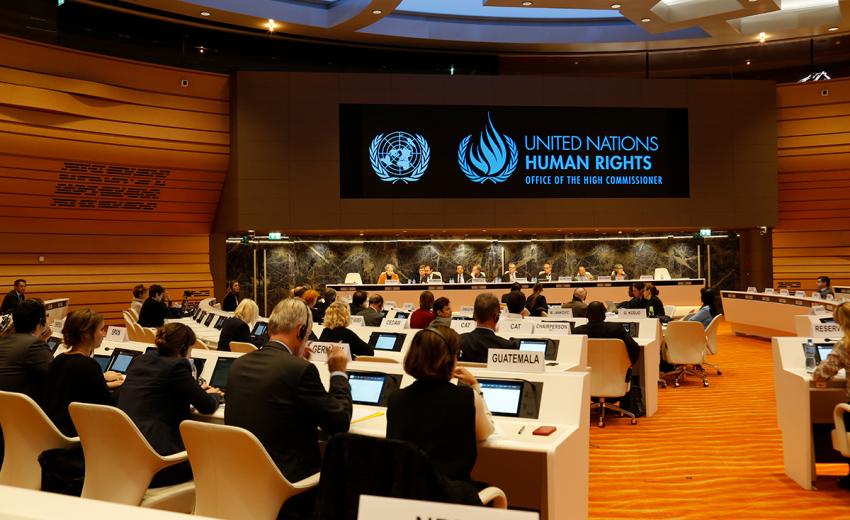 The APT and others celebrate 10 years since the OPCAT entered into force. It offers a moment for reflection. The APT changes its strategic direction towards supporting the implementation of the OPCAT by working directly with National Preventive Mechanisms.

Meanwhile, a new publication systematically analyses the effectiveness of torture prevention across 16 countries to find out if it works. It concludes emphatically that yes, it does. These findings are used to guide the work of the APT. 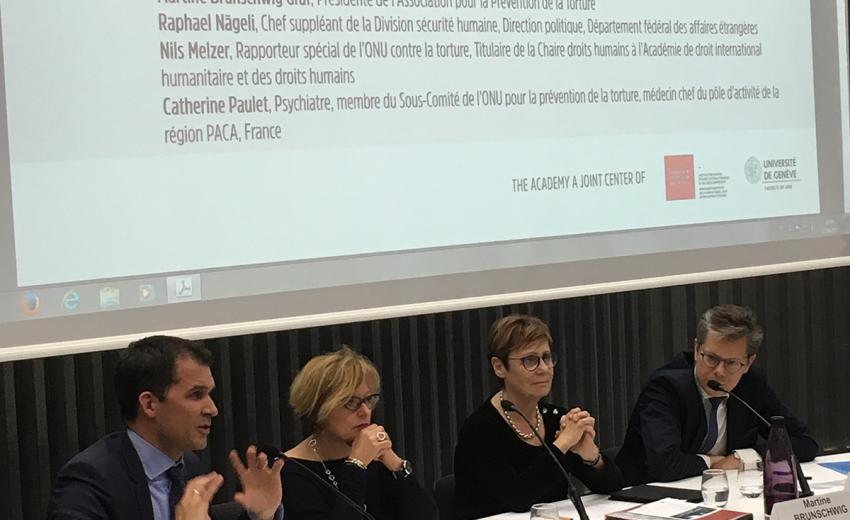 The APT marks 40 years since it was founded, when Jean-Jacques Gautier set out to prevent torture. By this same year, 86 countries have ratified the OPCAT and 65 National Preventive Mechanisms have formed, with a mandate to monitor places of detention. 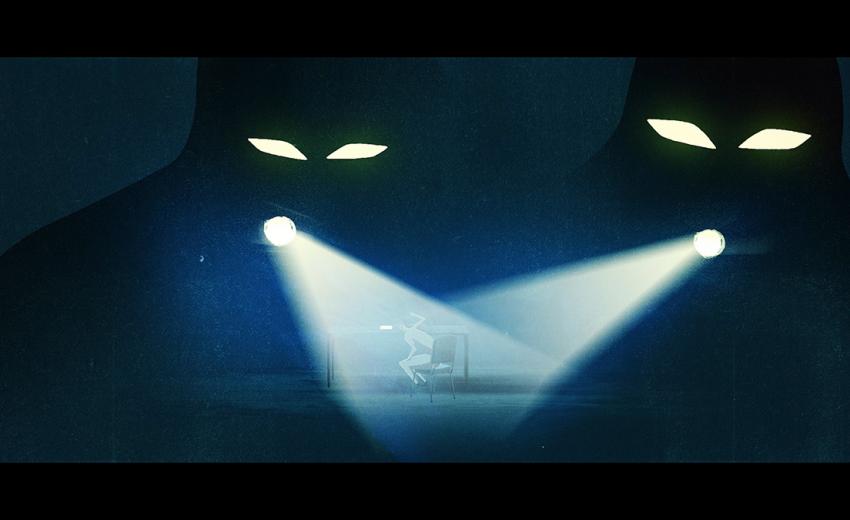 2018
Changing police mindsets across the globe

The APT, together with the Anti-Torture Initiative and the Norwegian Center for Human Rights, launch a process to develop international guidelines on investigative interviewing and associated safeguards.

Once complete, the guidelines will help change mindsets away from coercive interviewing towards investigation-driven policing, reducing the risks of torture and ill-treatment in the process. 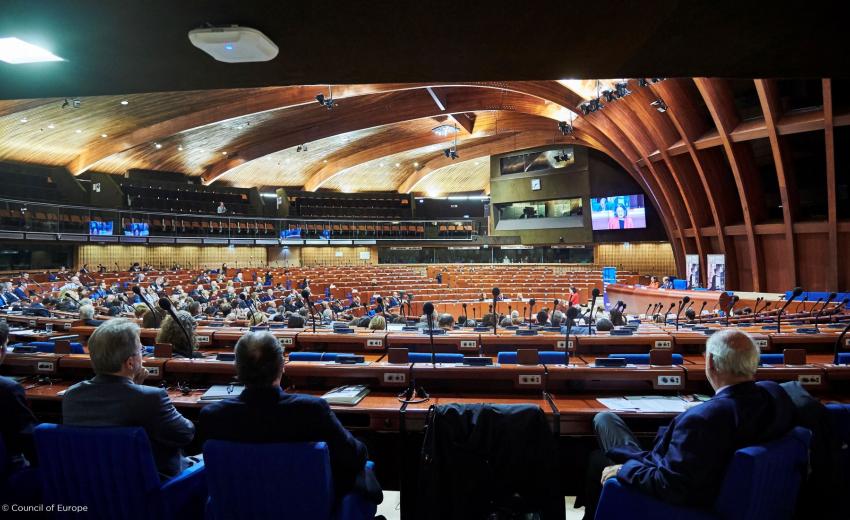 The European Committee for the Prevention of Torture (CPT), the first regional body to enact Jean-Jacques Gautier’s vision of independent visits to places of detention, celebrates its 30th anniversary.

By the end of 2019, the Optional Protocol to the Convention against Torture has 90 State Parties and National Preventive Mechanisms are designated in 71 countries.

The APT is able to operate globally thanks to the generous financial support of its donors.

Detention Focus is a database on prison topics and human rights standards.