From midnight to the morning light

Ten years ago to the day the long-awaited call from New York must have come in around midnight. “It’s just been adopted, 127 votes in favour, 4 against and 42 abstentions!” What an enormous relief. After twenty five years of hard work by NGOs and some committed diplomats, the majority of members of the United Nations had finally agreed to approve the Optional Protocol to the UN Convention against Torture (OPCAT), and thus set up a new system of preventing torture through regular monitoring of all places of detention.

Ten years later 65 States have ratified the OPCAT, another 21 have signed and 46 National Prevention Mechanisms (NPMs) are established. A UN Committee of 25 experts  (SPT) works with  NPMs and States Parties to implement the Protocol.

When we convened a Global Forum on the OPCAT last year to take stock of where we were and where we needed to go, it was clear as morning light to all 300 plus participants that in practice effective NPMs are the key for the OPCAT to make a real difference in preventing torture and other ill-treatment.
How do we achieve that as well as ensure increased ratification of the OPCAT? I believe we have to learn from the achievement of getting the OPCAT ratified ten years ago. At the time, eleven of the world’s leading international human rights NGOs worked together for the whole of 2002 in close cooperation with some very committed States. Together they succeed in a convincing States to support the text, which had been presented by the Chairperson of the drafting group as the best achievable compromise without undermining the original proposal.

We now need a new international campaign that I believe can achieve much more, namely the universal ratification of the UN Convention against Torture (UNCAT), the OPCAT and their effective application.

Why do I believe that this is feasible over the next ten years?

First of all, over the last decade the world has been exposed to the fact that the risk of torture and ill-treatment exists in all countries. Any one that denies that is fooling themselves and their fellow citizens. What’s can’t be denied is that actions can be taken to reduce those risks.

Secondly, the UN human rights bodies and mechanisms have evolved over the last decade to shine the light of implementation of international human rights norms on every country, without any exception. One of the most regular recommendations made by States to fellow States in the Universal Periodic Review has been to ratify and implement the two anti-torture treaties.

Thirdly, the human rights movement has developed in two promising directions with the strengthening of National Human Rights NHRIs and NGOs along with the UN Office of the High Commissioner for Human Rights, almost all of whom have taken an active interest in combating torture.

Fourthly, traditional and social media have brought the shocking truth of what happens in places of detention out into the light of day, which is provoking the very necessary public debates on penal policies.

Finally, regional Human Rights mechanisms have given more importance to the challenge and are contributing to bringing the responsibility of this matter back to where it belongs: with States authorities.

However, States usually need to be pushed into taking action, either by politicians, the media or by civil society. Hence the need for a major new concerted global action that will require a much broader variety of actors to join forces to obtain a truly universal commitment to eradicate torture and other ill-treatment.

We at the APT will do all we can but, what are you going to do to achieve that objective? 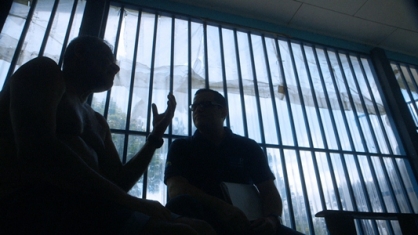