Méndez Principles: Why we need to replace ‘interrogation’ with ‘interview’

This blog is an edited extract of a presentation by Mark Thomson, Co-Chair of the Steering Committee on the Mendez Principles, to Thai government officials, law enforcement authorities, civil society organisations and academics. The importance of developing an agreed terminology that encapsulates the concept of ‘effective interviewing’ was the focus of a one-day workshop, held in Bangkok on 4 August 2022, co-organised by the Cross-Cultural Foundation of Thailand and the APT, and hosted by the Thai Institute of Justice.

First of all, I want to take you back to why then UN Special Rapporteur on Torture, Professor Juan Méndez, felt it so important to focus attention on the issue of interrogation. During his time as Special Rapporteur, he found that interrogation techniques that rely too heavily on confessions, without respect for safeguards to protect the rights of detained persons, was one of the most common reasons for torture and ill-treatment throughout the world. Apart from being illegal and unethical, research has demonstrated that torture and ill-treatment are ineffective and counterproductive methods of questioning. Yet insisting on the application of international human rights law has had only limited success in changing the practice of interrogation. Professor Mendez saw that a new, solution-orientated approach was required. In his final report to the UN General Assembly in 2016, he recommended that a set of international standards for non-coercive interviewing be developed.

The Principles on Effective Interviewing, now known as the Méndez Principles, were written by expert practitioners in information gathering, interviewing and protection of detainees. We also included medical scientists and other researchers. In total, around 100 experts from over 50 countries, including a public prosecutor from Thailand, were involved in the four-year process to draft the Méndez Principles, which was led by a steering committee of 15 expert practitioners, chaired by Professor Méndez and myself. We held in-person consultations with law enforcement officials in Tunisia, Thailand and Brazil, as well as inviting over 80 advisors in different parts of the world to undertake an online review of the draft text. It was a very international process, and we were very deliberate to involve practitioners who really knew the issues.

One important thing to stress is that the Méndez Principles do not contain any new legal obligations on States. Rather, they help States implement their existing obligations to ensure that detainees are not subjected to torture or ill-treatment. They also help States to review and improve their interrogation techniques, in line with international law; for example, article 11 of the UN Convention against Torture. The Méndez Principles provide state authorities with a tested method of gathering information that is not only effective, but also compliant with human rights standards. They are based on scientific research and good practices on investigative interviewing stretching back more than three decades.

The Méndez Principles are intended to apply to all interviews by information gathering officials, such as police, prosecutors, intelligence and military officers, as well as administrative authorities. However, the most common application is likely to be during criminal justice investigations. Importantly, the Principles can also be very usefully applied for interviews of victims and witnesses.

Finally, our intention is for the Méndez Principles to be a practical document. We want it to be something that can be applied by national officials themselves. It is designed for officials responsible for information gathering and for government policymakers, to enable them to review their existing interrogation rules and practices and identify where reforms are necessary. It provides all the references to the essential reading so they can explore the issues in greater detail, especially to convince practitioners that these changes are worthwhile, feasible and cost-effective. We also recognise it’s likely that the Principles will be applied in a staged approach, because we understand that there may be resource constraints. But the ultimate objective is to bring national policy in line with the Principles and integrate effective interviewing in all information-gathering processes.

In this process of change, it is important to consider the terminology that gets used. You can go back to the 2016 report to the UN Human Rights Council to see the emergence of some of this terminology around ‘effective interviewing’ and the reasons why it is used. If we look at the term ‘interrogate’, which is a verb, the definition is "to ask someone questions thoroughly or aggressively". An interview doesn't have that connotation. The term ‘interview’, using the same dictionary, is a noun, and it is defined as “a session of formal questioning of a person by the police”. There is no hint there of aggression or coercion or force.

You could make an argument that ‘interrogation’ is a legitimate term in this context if it relies on a non-coercive model to gather accurate and reliable information. Unfortunately, this is not usually the case in the real world. I would argue that if you continue to use the term interrogation, you are inviting abuse. Whereas the use of ‘interview’, which doesn't have any connotation of aggression or coercion, is persuading information gatherers to use a fundamentally different approach, based on rapport, based on proper research, based on open-ended questioning, based on a whole methodology that draws on the success and best practices of investigative interviewing.

Therefore, I highly encourage you to find the most appropriate terms to use because this is an opportunity for you to transform the way in which police and other investigators go about a fundamentally important aspect of their work, which is to collect reliable information that will provide the truth on a particular matter and, at the same time, protect people's rights. 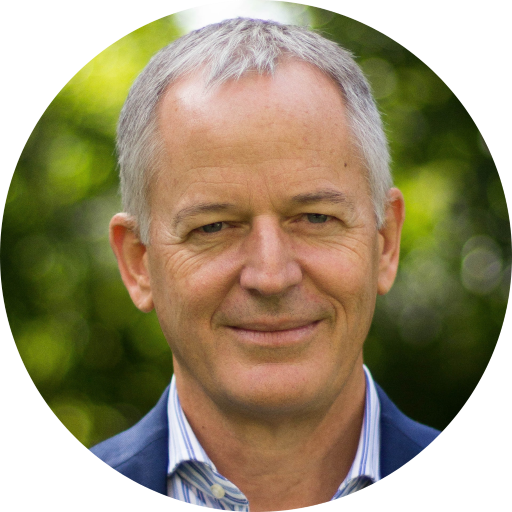