Earlier this year the APT invited the well-known British writer Erwin James to our office in Geneva. Erwin James is best known for his Guardian newspaper columns, reports and features on prisons and criminal justice issues in the UK, which he started writing while he himself was serving 20 years in prison. 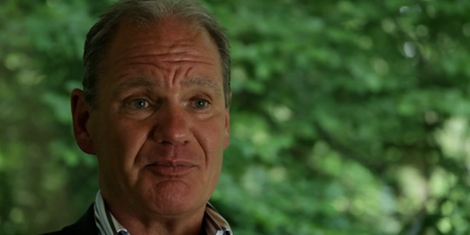 Erwin James is also the author of two best-selling books, documenting his experiences of both life in prison as well as after his release, with a third book in the pipe-line. Erwin spoke to APT staff on a wide range of issues of interest and kindly allowed us to capture some of his insightful thoughts on video.

Erwin James talks about his early years as a regular contributor to the British newspaper the Guardian, and how he tried to open up a window on the world of prison. In doing so, he recounts some of the lessons he learned from his years behind bars.

The vital importance of allowing outside persons into prisons is underscored by Erwin James, including journalists and members of the community. Without such outside actors, society will never gain an authentic insight into what happens in prisons and how such institutions operate in practice.

Part 3: Why we should care about prisons

Becoming whom he should have been: Erwin James talks about his early life and his change for the better in prison. He argues that prison should be regarded as a valuable community resource, transforming offenders into contributors.

Thank you to True Heroes Films!