During the first six years of its existence, the Contrôleur général des lieux de privation de liberté (CGLPL) has established itself as an institution with a certain influence in France. Often moving against the tide, Jean-Marie Delarue, the first mandate holder, and his inspectors have above all managed to return dignity to those whom our societies tend to relegate to the back of the collective conscience: persons deprived of their liberty. 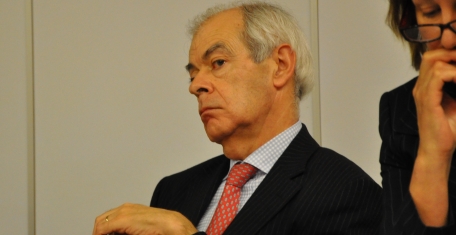 Since 2008 the Contrôleur général managed to positively influence the debate on issues of detention in France, as well as public policies in this area. Besides regular visits to places of detention, Jean-Marie Delarue made use of the main tools within his reach: his words, reports and recommendations. He untiringly called out to both the authorities as well as to his fellow citizens about the realities of detention. In Annual Reports, public opinions and interviews with the media, he gave a voice to those who had become inaudible.

The APT has followed the work carried out by the Contrôleur with a lot of interest. Every time he takes the floor, we are invited to reflect on the deprivation of liberty; every intervention is the product of work on the ground, the result of visits to places of detention, police custody, juvenile and pre-trial detention centres, health institutions and other closed places.

In admiration of his analysis and sometimes brave positions regarding issues such as young children in prison and their imprisoned mothers, overcrowding, or the care and management of transsexual prisoners, we endeavoured to disseminate them amongst a wider audience, especially other preventive monitoring bodies.

As of today, the NPM community is composed of fifty-nine active institutions on five continents. Being certain that the global movement for the prevention of torture will benefit from a better dissemination of the Contrôleur général's opinions and recommendations, we are glad to participate in their publication as a collection, as well as in their translation into English and Spanish. We are convinced that NPMs, other monitoring bodies, but also authorities in charge of closed institutions and any person interested in these issues, will find a real source of inspiration in the opinions and recommendations published hereafter.

In the name of the APT, I would like to thank Jean-Marie Delarue for those six years of continued inspiration and wish a very long life to the vital institution Contrôleur général des lieux de privation de liberté. I hope that the collection of Opinions and Recommendations that we publish today will contribute, thanks to the analysis and recommendations it contains, to reinforcing the work of those who struggle daily for the prevention of torture and ill-treatment within places of deprivation of liberty.

Note. Following the ratification by France of the Optional Protocol to the Convention against Torture and other Cruel, Inhuman or Degrading Treatment or Punishment (OPCAT), adopted in 2002 by the General Assembly of the United Nations, the French Parliament passed a law to set up a Contrôleur général des lieux de privation de liberté (CGLPL) and gave it the status of an independent public body. The Contrôleur général assumes the position of the National Preventive Mechanism (NPM) under OPCAT.